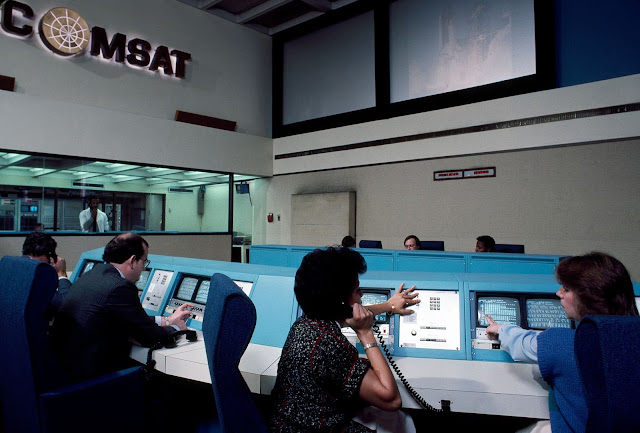 Walston & Co., Inc., Continued Death of the Founder (1964) Walston & Co., Inc. suffered a terrible blow on May 5, 1964, when its founder, Vernon Walston, committed suicide at his office at 72 Wall Street. On his way to work that morning, he had told his chauffeur, Gustav Puigdollers, that he was going to kill himself. When they got to the office, Puigdollers went to call Walston's wife. Walston was a big-game hunter and his office was full of trophies from his hunting trips and a double barreled shotgun. Walston went into his office, took the shotgun and shot himself through the mouth. No note was left, but his associated noted that Walston has been looking "despondent" and speaking "incoherently." According to The New York Times , the day before Walston killed himself, he had a telephone interview with a Times reporter where, "speaking in an agitated voice, he expressed great dissatisfaction with the amount of stock the Walston firm was
Post a Comment
Read more

- July 15, 2019
Walston & Co., Inc., Continued DuPont Walston (1973) Despite the positive prognosis of the firm's financials in 1964, the firm soon ran into difficult straits. In 1968, Glenn Miller had organized the common stock offering of Four Seasons Nursing Centers of America, "an Oklahoma-based corporation that built, leased and operated numerous nursing homes." When Four Seasons went bankrupt two years later, Miller and Gordon H. McCollum, another vice president and Four Seasons director, were indicted for fraud. They were charged in federal court for creating "fraudulently high earnings reports to dupe investors into paying artificially high stock prices for Four Seasons." The bankruptcy cost investors $200 million and was considered "One of the largest fraud cases ever uncovered." Miller and McCollum plead guilty in 1973. Even though Walston & Co. was not named as a defendant in the fraud case, the Four Seasons debacle put the firm in a diffi
Post a Comment
Read more 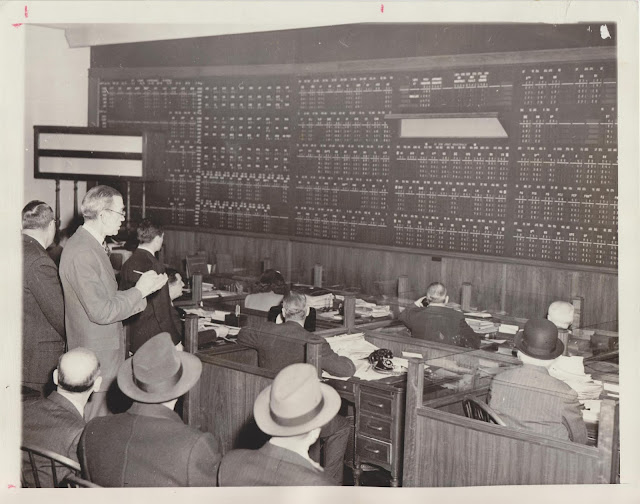 Walston & Co., Inc., Continued Walston, Hoffman & Goodwin (1941) Walston & Co. (1953) Walston & Co., Inc. (1955) These events seem not to have had an effect on the firm's makeup because in 1941, when the firm changed its name to Walston, Hoffman & Goodwin, Claire Giannini Hoffman herself became a limited partner of the new firm. Prior to joining Walston & Co., her husband, Clifford Hoffman , had been a partner at Schwabacher & Co. A Stanford graduate (1929) and former college football star, Hoffman (also known as "Biff") became a partner in 1936. Claire V. Goodwin , who was also a sportsman (baseball), had previously been associated with Wm. Cavalier & Co., and Oakland firm, and McDonnell & Co. Emulating the Bank of America branch network, Walston, Hoffman & Goodwin created an extensive branch office network of its own. According to Alec Benn, "Vern Walston had located Walston & Co,'s offices near those of Ban
Post a Comment
Read more 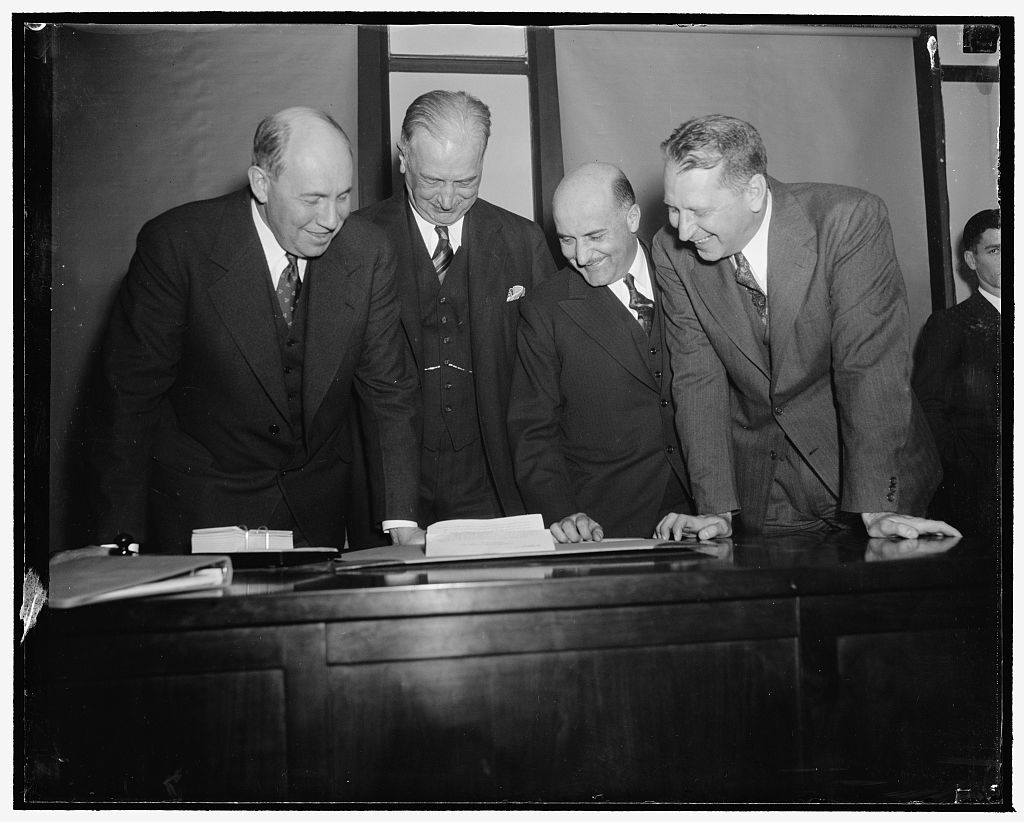 Walston & Co., Inc. Ford Motor Company Syndicate #52 Founded 1932, San Francisco Origins Vernon C. Walston (1906-1964) was born in Oklahoma. His father, William H. Walston, was a farmer and Kentucky native. By 1920, Walston's family moved to California, where his father ran a laundry and dry cleaner and his mother, Alvina, a Kansas native, worked as manager. Walston was raised in California, where he was educated in public schools. When Walston was about 18 years old, he became a clerk in a branch office of the Bank of Italy . There, he eventually became the secretary and a protégé of Amadeo Peitro/Peter (A.P.) Giannini (1870-1949), the bank's founder. In 1931, Walston married Nella Bernardelli de Magri (1905-1992), who was a native of Genoa, Italy. Nella immigrated to the United States via New York in 1915 with her mother and brother at the age of nine. The family settled in California, where Nella eventually began working as a bank clerk. The year after they mar
Post a Comment
Read more 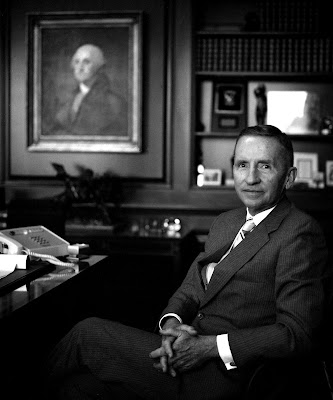 William R. Staats & Co., Continued The Entry of Ross Perot, Continued Ross Perot in his office, by Allan Warren. In January 1971, duPont family members led by Anthony duPont, Edmond's son, tried to withdraw their capital from the firm. Perot was outraged. He said, "[The duPont family] knew I wanted to do this thing in the national interest. They would have been wiped out if I hadn't come in, but when I did they looked on me as someone pouring money into a funnel so they could take it out at the bottom." As The New York Times stated, "The Perot group, of course, had no intention of keeping its own money in the firm, inasmuch as the group's funds had kept duPont afloat. The duPont family interests and other principals would not have had anything to consider pulling out, had the Perot group not prevented the firm's failure." The NYSE leadership became intermediaries in the conflict and tried to impress upon the duPont family interests the
Post a Comment
Read more 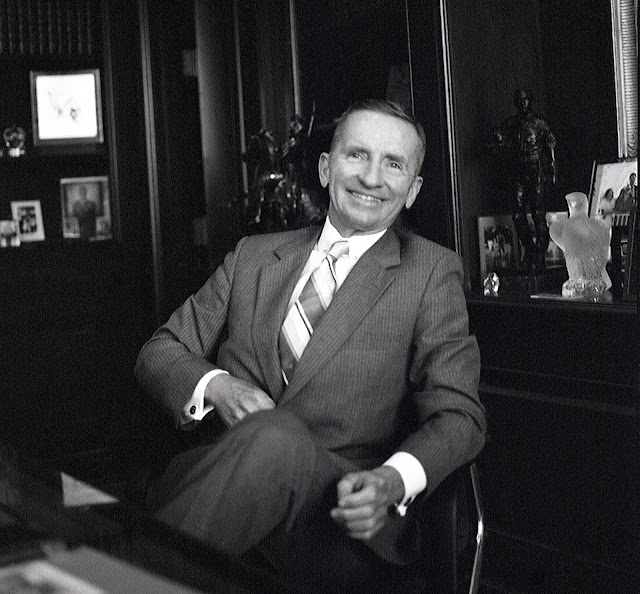 William R. Staats & Co., Continued F.I. duPont, Glore Forgan & Co. (1970) Wall Street was particularly interested in the fate of the new firm because duPont, Hirsch and Glore Forgan were all considered "substantial houses prior to the merger, but all were experiencing some kind of financial difficulty." The New York Times reported, "Many of Wall Street's managers believe mergers will provide the key to that future, since they theoretically will enable brokerage houses to find economies of scale that were unavailable to them before F.I. duPont, Glore Forgan & Co. probably will be a case study for the whole industry." The hope was that the merger would diversify the firm's services and its geographic footprint while also cutting costs. Hirsch & Co. was known to have "retail strength in metropolitan New York and Florida as well as Europe" while "Glore was a major-bracket investment banking house with a retail system largely
Post a Comment
Read more 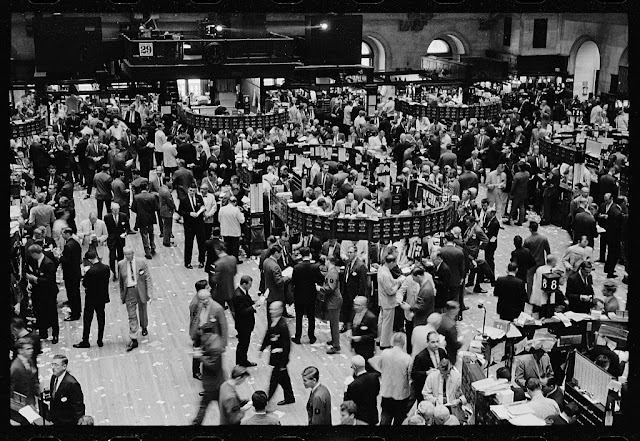